Background to MECA
MECA began in the late 1990s as a support group for the Black-led, mostly Pentecostal, churches in membership of Churches Together in Britain and Ireland (CTBI). Initially known as Black Christian Concerns (BCC) the main task was two-fold:
i). Facilitate networking between those Churches and
ii). Lobby for greater recognition with CTBI and recognition by mainstream churches. MECA now has remit to reach beyond Pentecostal churches to other minority ethnic Christian communities. Its four-fold strategy now aims to ensure that BME Christian communities are supported and encouraged to play a full part in the national life of the church. This includes facilitating:
i). BME/BME networking,
ii). BME/Historic Churches networking
iii). Resources for and about BME Christian communities and
iv). Developing social, economic and political capacity.

Encouraging/Challenging
The black church constituency is a complex and growing one. Growth is matched by a fragmentation tendency, though there is a strong centre of stable national and local churches. ‘Black’ does not necessarily unite, except in focusing minds when addressing common social, economic and political, historical and contemporary issues, which directly or indirectly impact religious and other aspects of the lives of these communities. Here, MECA seeks to encourage engagement and collaborative responses that go beyond mono-denominational boundaries. There is now a healthy list of members of the Churches Together instruments, however full participation remains a challenge.

Enabling
Black churches, particularly Pentecostals, having toughed it out in establishing their churches, can be resistant to overt attempts to ‘enable’ them. The provision of information and personal contact became essential seeking to enable BME Christian communities to capacity build and engage ecumenically. The MECA group provides a forum for networking and support.
Serving
MECA fulfils serving the BME Christian constituencies in a number of ways such as addressing representation issues, identifying and auditing areas of concern such as ordination and training, and advocacy. Other work includes providing information to inquiries about BME churches and brokering partnerships.
What we have done in the past (publications)
i). ‘Hope and a Future’ – the Churches’ response to social disorder linked to gangs, guns and drugs, published in May 2008
ii). ‘Black Christianity in Britain – Facing up to the 21st Century’ is an anthology in the making, published late 2008, early 2009.
iii). The inclusion of new BME Christian communities in the MECA family is an underdeveloped area.
iv). Addressing the issue of child witchcraft in the black churches

What we doing now
2013 has seen the meeting of Black Church Leaders with the Archbishop of Westminster and his senior staff to look at the relationship between the black churches and Catholics.
MECA held an informative seminar with OFCOM (the Broadcasting Standards Agency) looking at the explosion of TV programmes on the ‘God Channels’ highlighting Signs and Wonders, Miracles, Exorcisms and more, offering hope to many, but also with some worrying outcomes.
MECA will be addressing the issue of Christianity, Islam and the Radicalisation of Black British Youth at its Seminar on Wednesday 17th July.
MECA constantly strives to inform and represent the black church community, and help bring them into talks with the mainstream denominations. To this end MECA has been active in helping to initiate an annual meeting of senior black church leaders with the CTE Presidents. 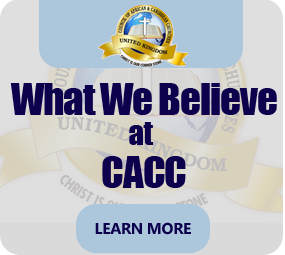 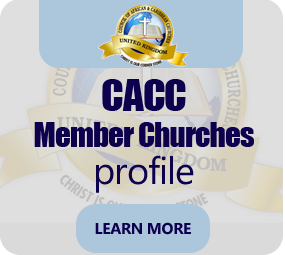